Raising my children with another woman 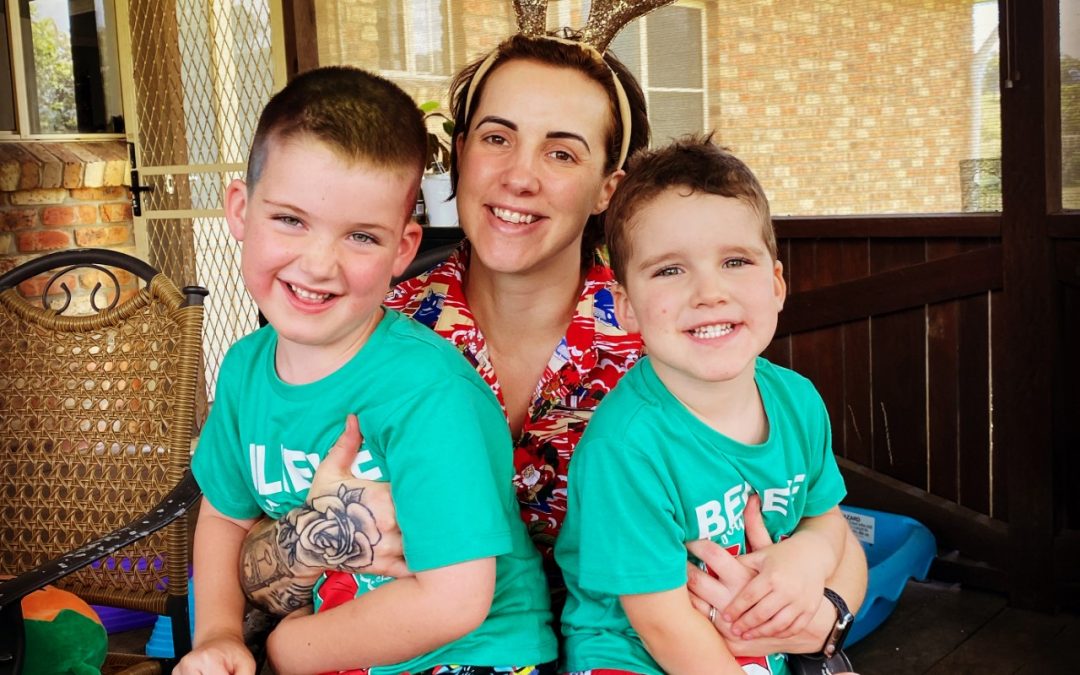 I never imagined I’d be sharing the responsibility of raising my boys with another woman, why would I, being married to a man? But after spending the initial years of motherhood doing it all by myself, having the help of another woman has been a blessing.

It wasn’t until late 2018 that my husband and I moved to the Hunter Valley, NSW for a fresh start. We had moved to Mildura, VIC from Western Australia just before our first son was born in 2015 to be closer to family for support , however, even though it was closer, there was still a minimum of a two and a half hour drive between us all. My family came and helped when they could especially when Brayden was young as well as my grandparents having a huge part to play for four months in early 2017 when Ray worked away and I was working rotating shift work, but having the daily support I have now is something I am grateful for every day.

I stepped into working mum life when Brayden was eight months old to contribute to the family finances and even earlier when Hank was born as he was only three months before I returned to shift work. Yes the main reason was for financial stability but deep down I can honestly admit to myself and others that I don’t have what it takes to be a stay at home mum and I’ve taken years to accept that the choice to be a working mum doesn’t make me a bad mum in anyway.

During the early planning stages of moving interstate to return to careers in the mining industry, Ray and I discussed in depth the options when it came to making it work to get a better work life balance for us both. We had the option of working on separate crews so one of us was always home with the boys but we would never spend time as a family or couple. This was a definite no from us both without any hesitation. The option of childcare did not work with a roster that involved twelve hour day shifts as well as nightshift and from previous experience we had spent more time at home with the boys sick from childcare that it made us unreliable when it came to full time jobs.

The option of employing an Au Pair was suggested but once I looked into it further, the limited time that an Au Pair could spend at one home was a deterrent as I wanted long term stability for the boys with all the changes they were about to face.

This is when I began researching the possibility of a Live-in Nanny. Even though it wasn’t as cost effective as an Au Pair, it was still a very affordable option with two parents working full time. Not knowing where to begin, I started by researching recruitment companies online as I didn’t have the time to be doing all the background checks myself and really had no idea what I should be looking for. I wanted to know I was hiring a qualified and trusted carer straight from the get go. The company we worked with was efficient and a pleasure to deal with throughout the recruiting process. After the initial paperwork introducing our family and the needs we required in a Nanny, the company forwarded us the resume of an interested carer on their files.

Only one phone interview and we had hired our first and still current Nanny. Ray and I both looked at each other once we had ended the conversation and both knew that she was the one without any hesitation. Paula began with us in December 2018 and as mentioned above still resides with us now two and a half years later, she is part of our family and the boys love her just as much as they love us, sometimes more.

Having the help of another woman around the house has been life changing for me and my mental health. Paula assists with washing and cooking, plus much more on her rostered days on and for all working mums out there that come home to these chores would appreciate how much of a luxury this is to have.

The love and support Paula has for our boys is as if they are her own. She has taught them so many of the basic day to day tasks like getting dressed, that I don’t know I would’ve been able to. She thinks and remembers about the things I totally forget about. She makes me strive to be a better mum as I don’t want to let her or the boys down. The boys miss her on her days off and are always excited to see her, especially our youngest Hank. I sometimes feel that he has gravitated towards Paula for the love he needs that he hasn’t got from me on days when my mental health has been at its worse and even though that’s sometimes hard to see, I couldn’t image surviving motherhood without her now.

Raising my children with another woman has its challenges too. It did break my heart when my son begged for Paula instead of me but that is where I’ve had to learn to put my ego aside and know they are loved by both of us equally, it doesn’t make me less of a mother.

The hardest challenge I have faced introducing another woman into the house is the high expectations I have on myself as a mother and my fear of being judged. Again this is partially about putting my ego aside but also not setting unrealistic expectations that I know I can’t physically or mentally up keep. It’s a daily struggle I face though. The day before Paula is due to start back I clean like a made lady and get frustrated at Ray and the boys for making any little mess because I don’t want to feel judged nor do I want her to feel like I’ve been lazy and left things expecting her to clean them up. In no way is Paula like this, but due to my subconscious mind, I am in fear that she is judging me for not having a spotless home, forgetting what day of the week it is and the list could go on.

Having Paula as part of our family is teaching me so much about myself and enabling me to overcome the demons in my mind that torture me every day. She not only makes me want to be my best, she brings out the best in the boys in a way I will be forever thankful. They would still wear their shoes inside if it wasn’t for her haha.

Opening my home and sharing my sons with another woman has been both a challenging and rewarding part of motherhood. I know the boys will look back on how lucky they were to have two very different strong female role models in their lives to teach and support them throughout their upbringing.